END. joins Hiroshi Fujiwara on the Moncler Genius World Tour to talk minority fashion movements, the death of pop culture, and the designer he'd like to see added to the Genius roster in seasons to come.

In an industry built on constant reinvention, longevity is a hard-fought battle; a daily game of relevancy roulette. In fact - for better or worse - it feels as though things have never been as transient and ephemeral as they are right now. But every so often - maybe just once or twice in a generation - a figure appears with the requisite cultural clout to stand the test of time. Hiroshi Fujiwara is one such figure.

Consistently influencing the global style zeitgeist and driving cultural discourse forward for three consecutive decades, Fujiwara drew the blueprint for the contemporary multi-hyphenates which now dominate design. With a post-nominal designation that includes too many titles and accolades to cover with any level of comprehensiveness, perhaps the best summation of the man would be: when Hiroshi talks the world listens.

Credited by many as the global godfather of streetwear - whose influence on shaping the movement on the streets of Japan and exporting it around the world cannot be overstated - Fujiwara's phonebook is truly the stuff of streetwear legend. With protege's including Nigo of A Bathing Ape and Undercover's Jun Takahashi, Fujiwara's is the type of influence which has eked out of the boundaries of his own work and empowered and inspired the ultimate lineage of streetwear royalty.

You’ve been referred to as the godfather of streetwear for decades, how do you feel about that title now and what do you think of the state of contemporary streetwear?

I don’t really think of myself as the godfather. There were other people around me like Jun Takahashi and Nigo, but I was a bit older than them so I'm seen more as the force behind the movement. I’m really happy to see what started as a piece of Japanese culture become so big. I don’t really know what real streetwear is anymore, I don’t know if it exists. There are too many voices now I think, and it’s moved into the mainstream. It used to be much more minority-focussed but now it’s been co-opted by a lot of the big names.

What have been some of the most fundamental changes you’ve seen since you began your career in the 80s? Is there anything in particular you miss about the way things used to be versus the way they are now?

I came to London for the first time when I was 18 in 1982. Streetwear didn’t even exist yet, the subcultures that fed into it later like Punk and New Romantics were what was happening. These minority style groups then fed into the idea of what streetwear became when those movements kind of met with skate culture and hip-hop. The meeting of those movements has been the biggest shift. I think we have lost subculture and you don’t really see many minority-based fashion movements anymore, but I hope something else will come along and replace it. I’m still happy to have been a part of it.

You’ve collaborated with pretty much everyone of note in the industry – what do you look for when approaching a new collaboration or partnering with a new person?

It’s about relationships and friendships, more than thinking about it as a company. With Moncler Genius, for instance, it was a natural evolution of Remo (Ruffini) and I’s friendship. We met and we talked about mountains, about skiing and then that fed into a conversation about what I could do with these technical winter clothes Moncler is known for. It was the same with Kim Jones for Dior, it’s about friendship. A meeting of the minds rather than just putting names together.

I’ve heard you say in the past that your approach as a creator is “disturb don’t design”, could you go into a bit more detail on what you mean by that?

I’m not really a designer to be honest. I like working with people who have an existing image I can build upon - Louis Vuitton, Moncler and so on. I’m good at customisation and disrupting existing codes and twisting it into my own idea which is perfect for Moncler Genius.

You’ve said that you think pop culture died in the 90s – was trying to bring some of that fanaticism back part of the idea behind including Pokémon references in the latest Genius collection?

To me pop culture is more linked with music culture, punk movements, hip-hop so I see something like Pokémon as being outside of that. I have been working with the Pokémon team for about 2 years so they've let us have quite a lot of freedom with what we could do. Like Moncler, it is such an established brand so being able to rework something as iconic as the Pikachu character was really exciting.

Tell us about the film you made to launch alongside the Moncler Genius collaboration. What was the motivation behind working in film? What do you want the film to say?

It stars my friend Tomohisa Yamashita who came to the show last year for Moncler and Moncler Japan had a connection to use him to create a film. I wanted to create a science fiction film to go alongside the collection and I’m happy with how it’s come out. It's directed by Genki Ito and explores the contradictions raised by social media. These platforms which are meant to facilitate communication but ultimately build these digital walls that limit human interaction.

The name Hiroshi Fujiwara is basically synonymous with the word pioneer at this point - you’ve always been one step ahead for your entire career. What do you think is next in streetwear?

I’ve no idea. Some things change quickly, and other things stick around for a long time. I think we’ve lost the concept of a revival, things don’t really go away and come back in the same way that they used to.

Beyond the other geniuses currently on the Moncler Genius roster, is there anyone in particular you would like to see join the project over the coming seasons?

I think everyone on the roster at the moment is doing their best work. I love Simone Rocha. In terms of other designers, I really like Irakli Rusadze – the designer behind Situationist. He’s from Georgia, I like his designs a lot. It would be interesting to see what he would make with the Moncler aesthetic when merged with his own.

You’re a true cultural omnivore – and almost designed the blueprint for the type of multi-hyphenate creatives we see frequently today. What aspects of global culture are inspiring you most right now? Is there anything you haven’t done yet in a creative sense that you would still like to try?

Travel is what I am most interested in at the moment. Georgia and Prague are places I’ve been really enjoying lately. In terms of creativity, not really. I’m not the sort of person who seeks out opportunities to try new things. I like to be patient and let things come to me. I know it when I see it. 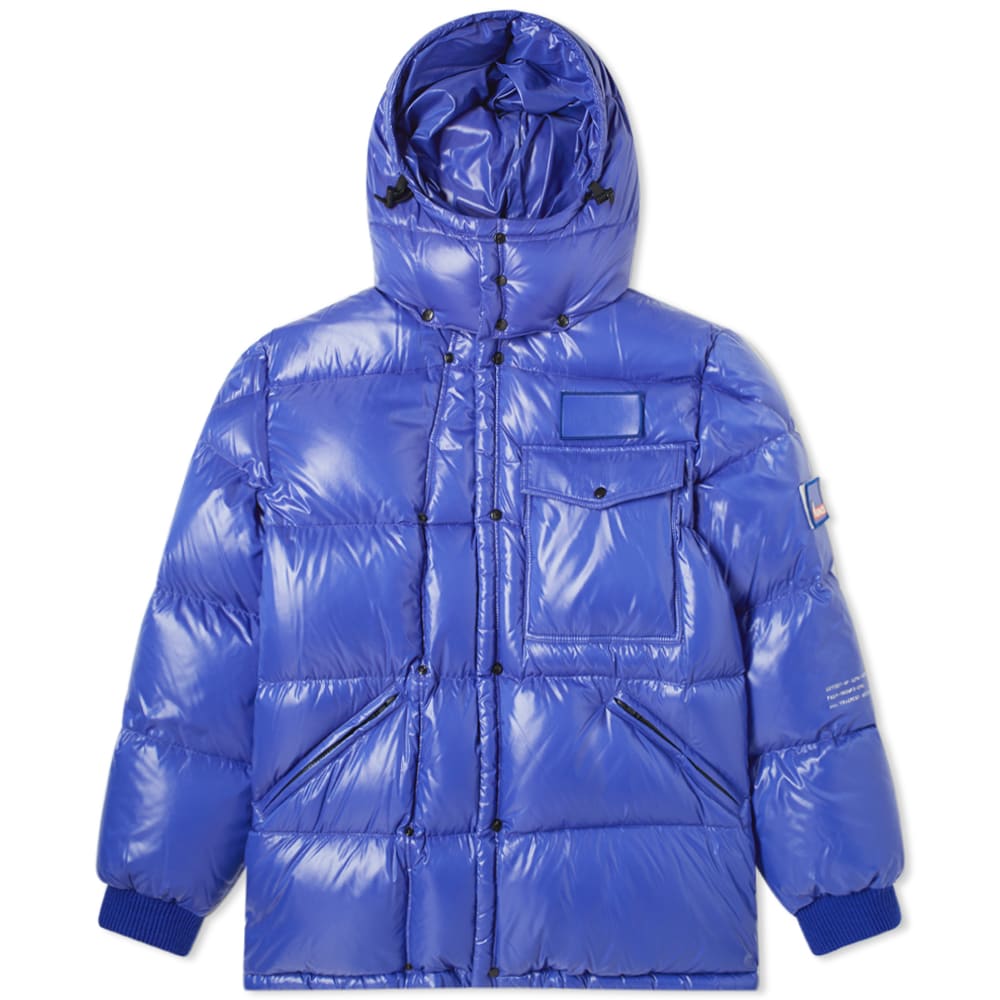 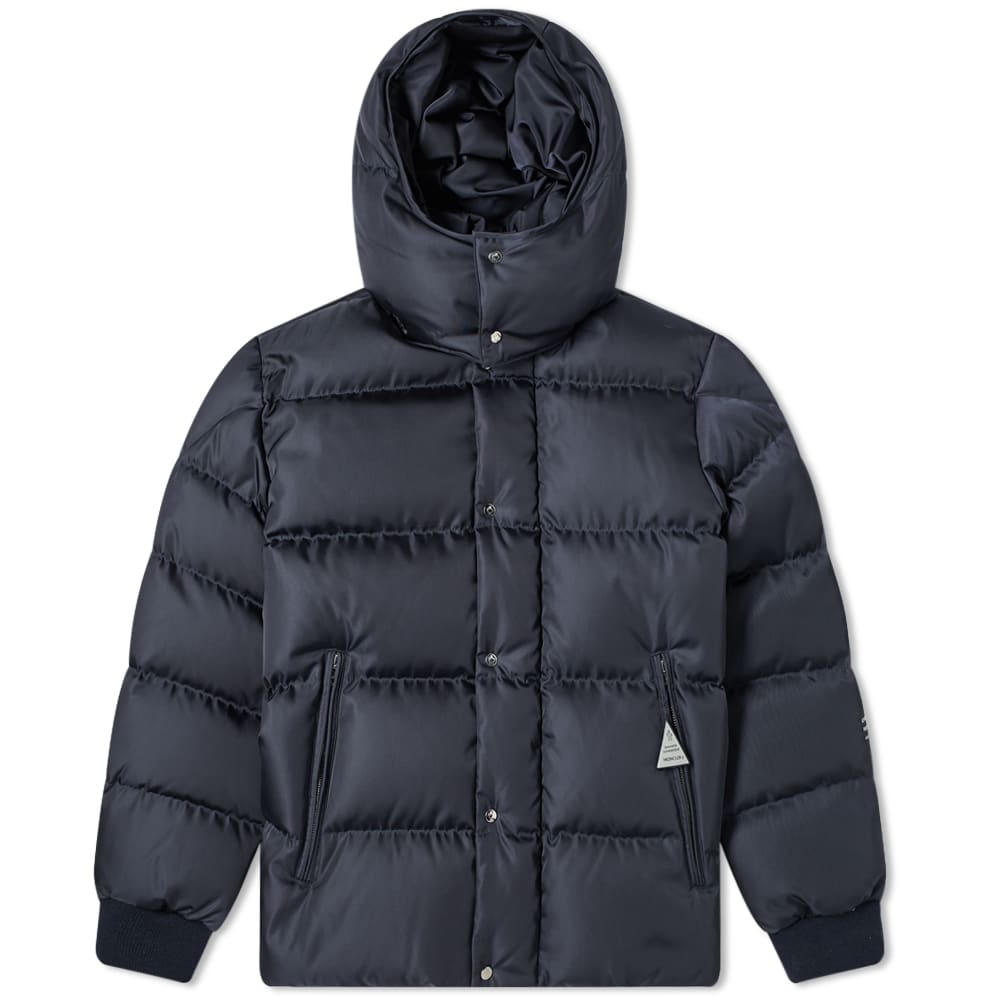 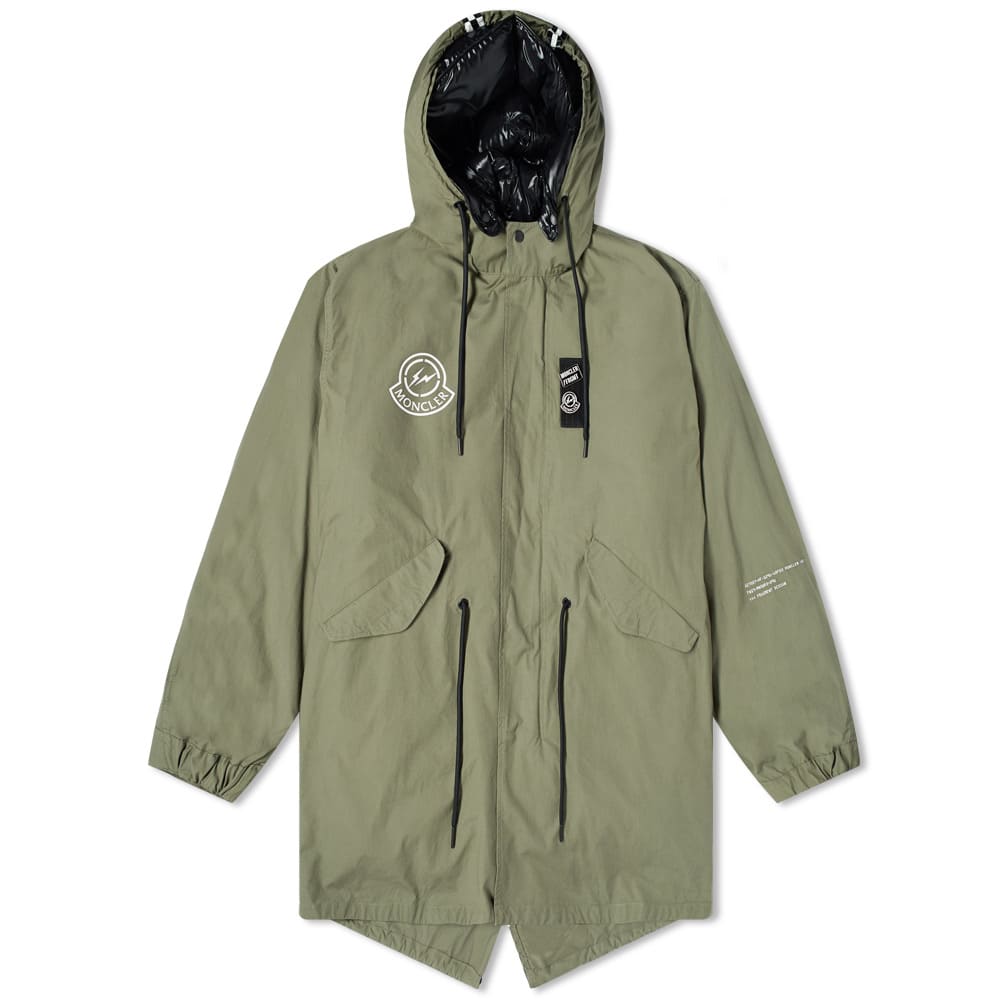 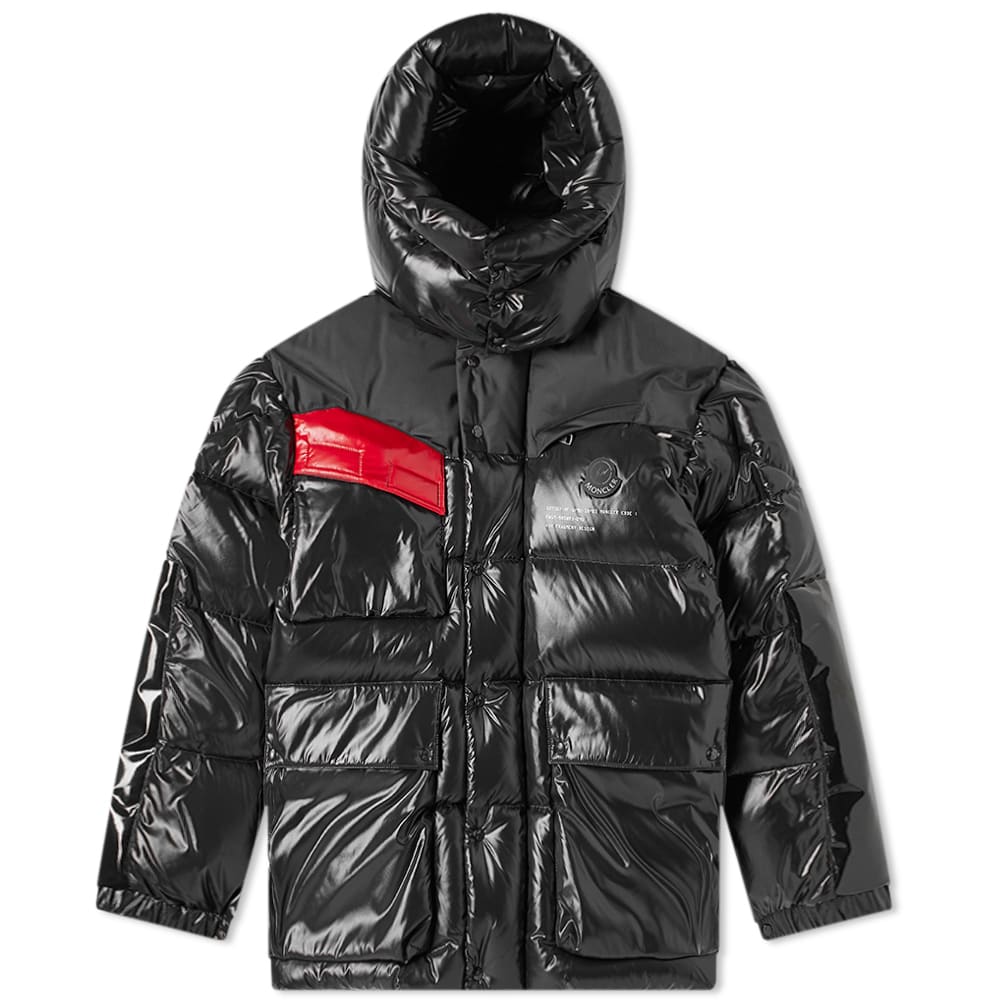 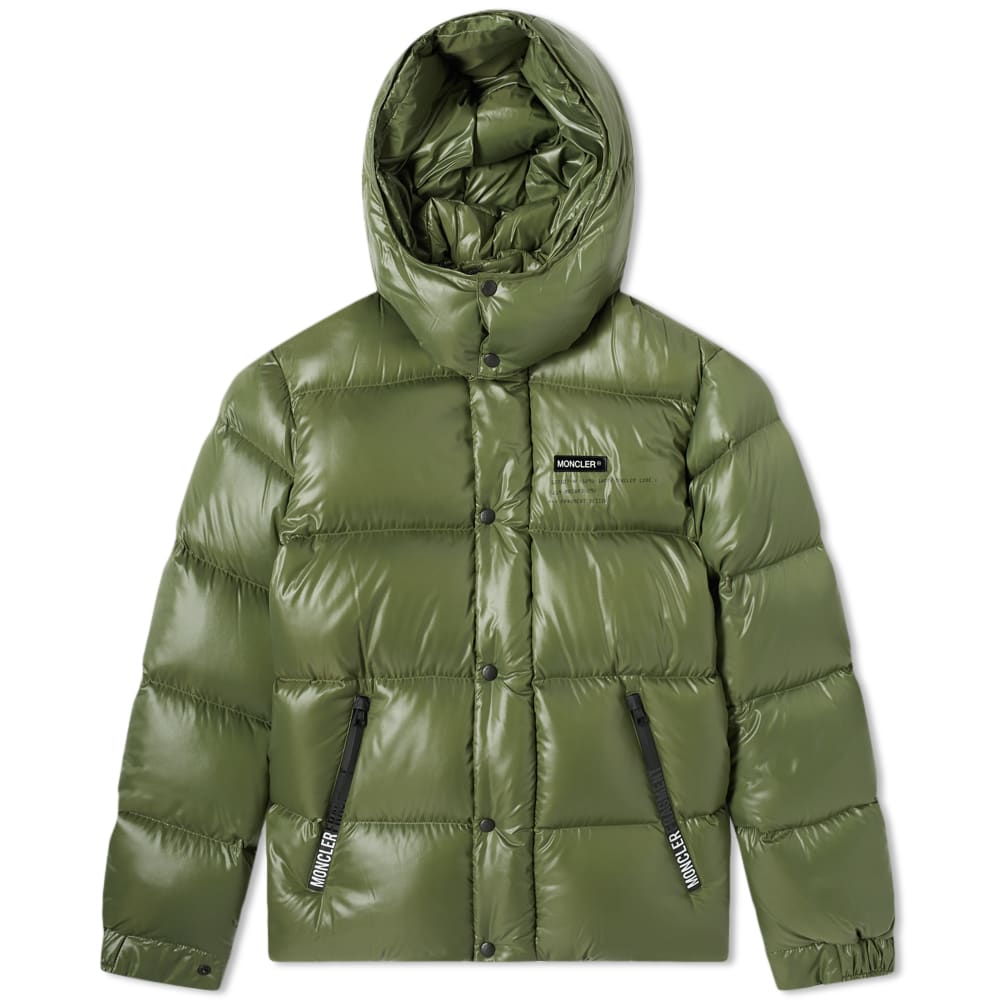