Managing Director and prolific sneaker collector, Thierry Tek of Visionarism lifts the lid on his flight case to share the sneakers he can't travel without.

With a sneaker collection that has officially broken the 4-figure ceiling ("I haven't counted in a while, but I must be over 1,000 pairs by now") Thierry Tek's archive is the stuff sneaker dreams are made of.

The other half of global creative agency Visionarism - following on from Creative Director, Ste Wing's Flight Case edit - building his wardrobe from the ground up has always been part of Thierry's approach to style. Having worked on creative campaigns with industry titans including Nike, Puma, and ASICS, Visionarism has built a reputation across the world as a go-to source for killer content for sneakers, lifestyle and beyond; all knowledge, passion, and access which Thierry and Ste work back into their personal collections.

Born in France and now living in central London, Thierry's interest in sneakers was sparked through his passion for sports; tennis and basketball in particular and - more recently - mixed martial arts. "Since back at school it's been 'shoe contact before eye contact' for me," Thierry jokes on the roof on his apartment building. "A good pair of sneakers should make you feel good wherever you go," he says as he unzips his case for us to take a look at the grails inside. "There's a great saying in French: 'Être bien dans ces baskets' - google it!"

Catching up at his apartment in London, END. asked Thierry Tek the ultimate question: what sneakers are in your flight case?

One of the most hotly anticipated sneaker releases of the year so far - and with 3 fresh colourways having just dropped - the Sacai x Nike LDWaffle from Chitose Abe arrived to the sneaker scene this year as the footwear embodiment of the old adage 'good things come to those who wait'.

"These are the definition of “travel essentials” to me. From the moment I saw them on the catwalk during Paris Fashion Week, I instantly thought that these show exactly how two brands can do collaboration right: taking elements from one another to create a design that stays true to their respective identities," Thierry says. "I got these when they officially launched in May 2019, and I have been wearing them more than any other sneakers. They come with me everywhere."

The very definition of sneaker grail, the Nike MAG, inspired by Michael J Fox's character Marty McFly in Back to The Future II, has become one of the most coveted (and valuable) sneaker silhouettes of all time.

"It was only when they announced how limited the 2016 “power-lace” version would be that I decided to invest in the 2011 editions. They cost me a lot but they are worth a lot more now than what I paid back then, so no regrets. Besides, I got my nickname “McFly” from the movie character, so I couldn't not have this shoe in my collection." Thierry laughs. "These are for cabin luggage only though, no check-ins."

Joining forces with Rhude creative director Rhuigi Villaseñor for a capsule collection earlier this year, PUMA's Cell Alien silhouette undoubtedly stole the show. Crafted in a muted palette of luxury materials with a menthol green cell accent, the sneaker was a masterful infusion of each brand's DNA iterated perfectly for the contemporary sneaker landscape.

"Out of the entire Rhude x PUMA pack which recently released, Rhuigi’s interpretation of the CELL Alien OG was the most impactful to me. What they did with the materials, details, and colours really shows the silhouette in a different light. I feel like they managed to elevate a very athletic silhouette to make it more premium without compromising the comfort and performance of the shoe."

A sneaker of his own creation, the inclusion of the Visionarism x ASICS TIGER HyperGEL-LYTE in both Thierry and Ste's flight case is essential. Designed from start to finish in collaboration with ASICS TIGER, the process involved a year of learning the inner depths of the sneaker design scene and working to innovate a new sole-technology that works to provide comfort to those who're always on-the-go.

"Out of the three pairs of ASICS TIGER we've designed, the white version is a special one to me. The initial concept was “Urban Ninja" and mainly focused on using black materials with minimal white and reflective details to bring balance to our design," Thierry explains. "Once the first design was completed in black, it made sense to us to create the opposite colourway to reflect the duality in our co-creation of the sneakers."

One of the most iconic - if not the most iconic - sneaker silhouettes in the game, a flight case is not complete without a statement pair of Air Jordan 1s. Infinitely versatile and dropping in fresh colours and fan-favourite reissues each season, the AJ1 represents the pivotal relationship between sports and street sneakers like no other.

"Anyone into AJ1s has to know the story of this colourway, but the story of how I managed to get a pair is even better! I'd heard about the exclusive release during Art Basel Miami back in 2017 and was lucky enough to be in the city at the time. Initially announced to release at the Mondrian Hotel, the Police shut down the launch and they had to change the location last minute. When I got there, there were over 2000 already in line and the security guards wouldn’t allow anyone else join the queue," Thierry explains. "Without giving away all the details, I was at the right place at the right time and ended up being part of the first group to get on the Jordan Brand yacht where the launch took place. This pair has been one of my favourites ever since." 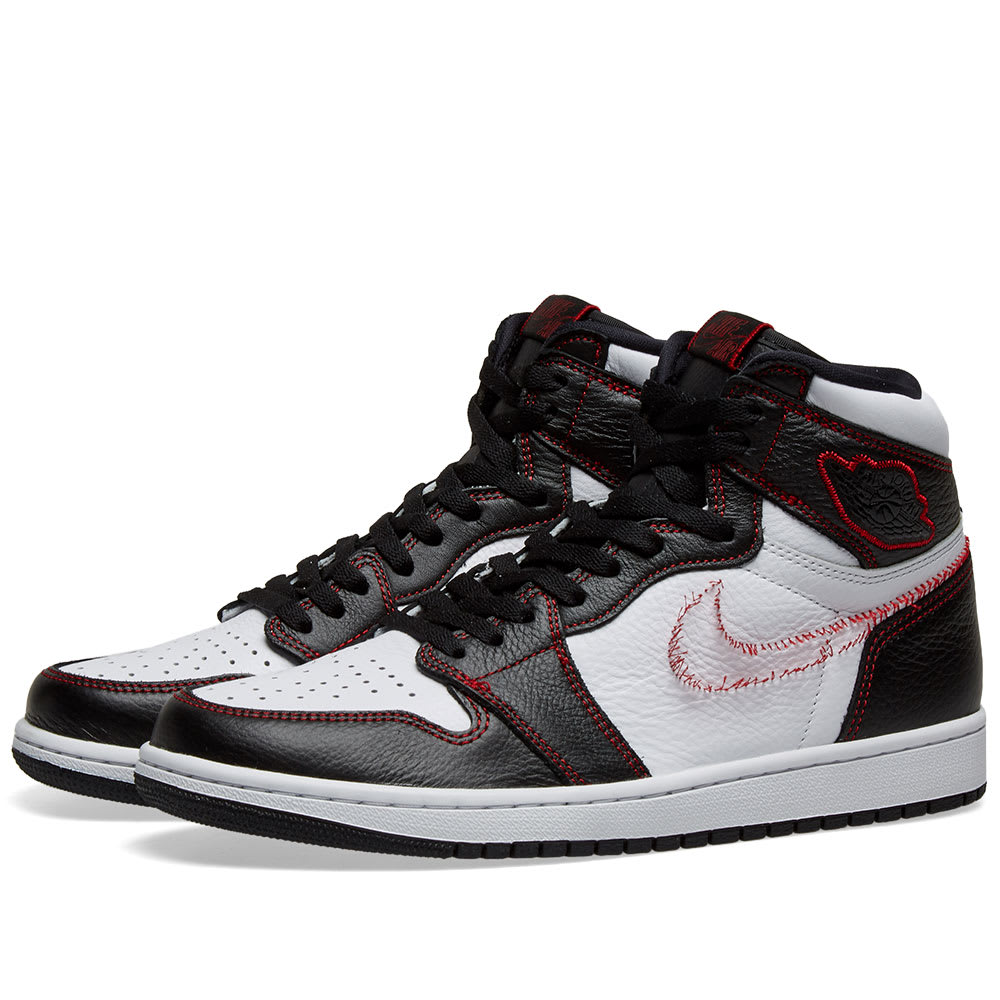 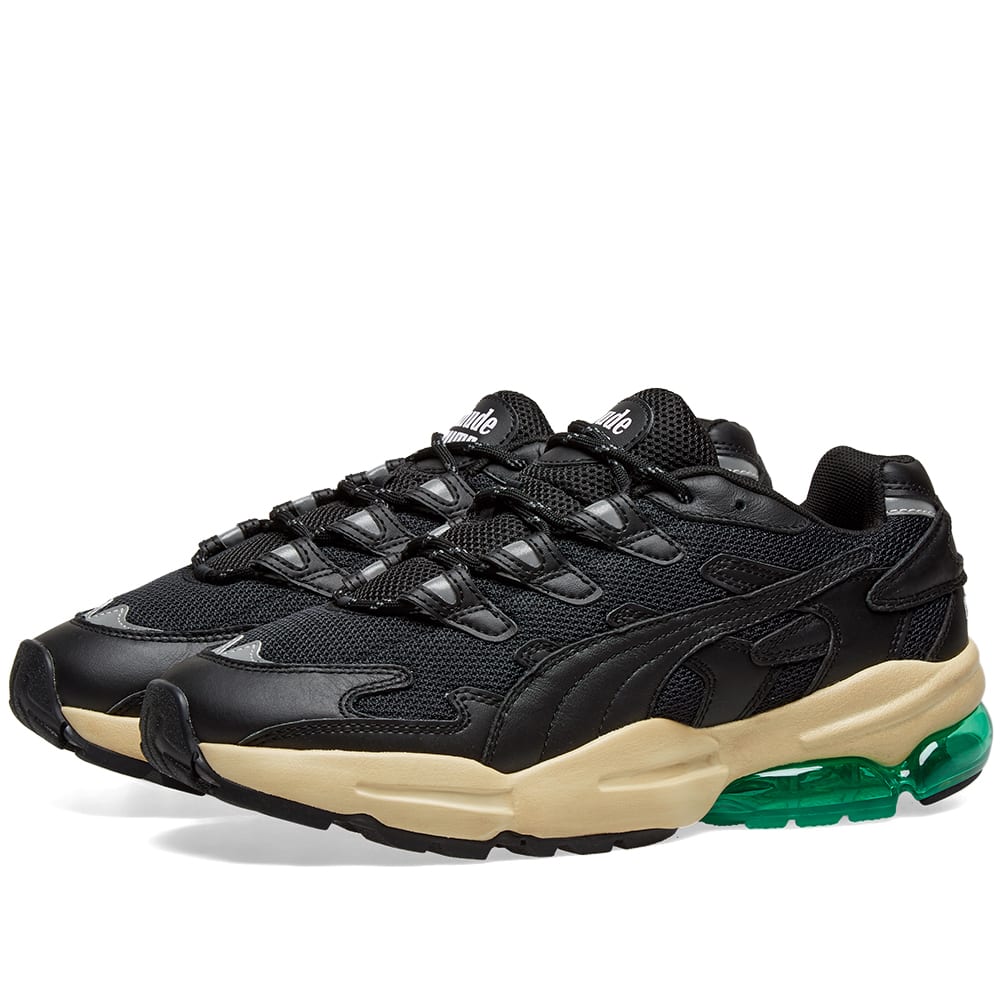 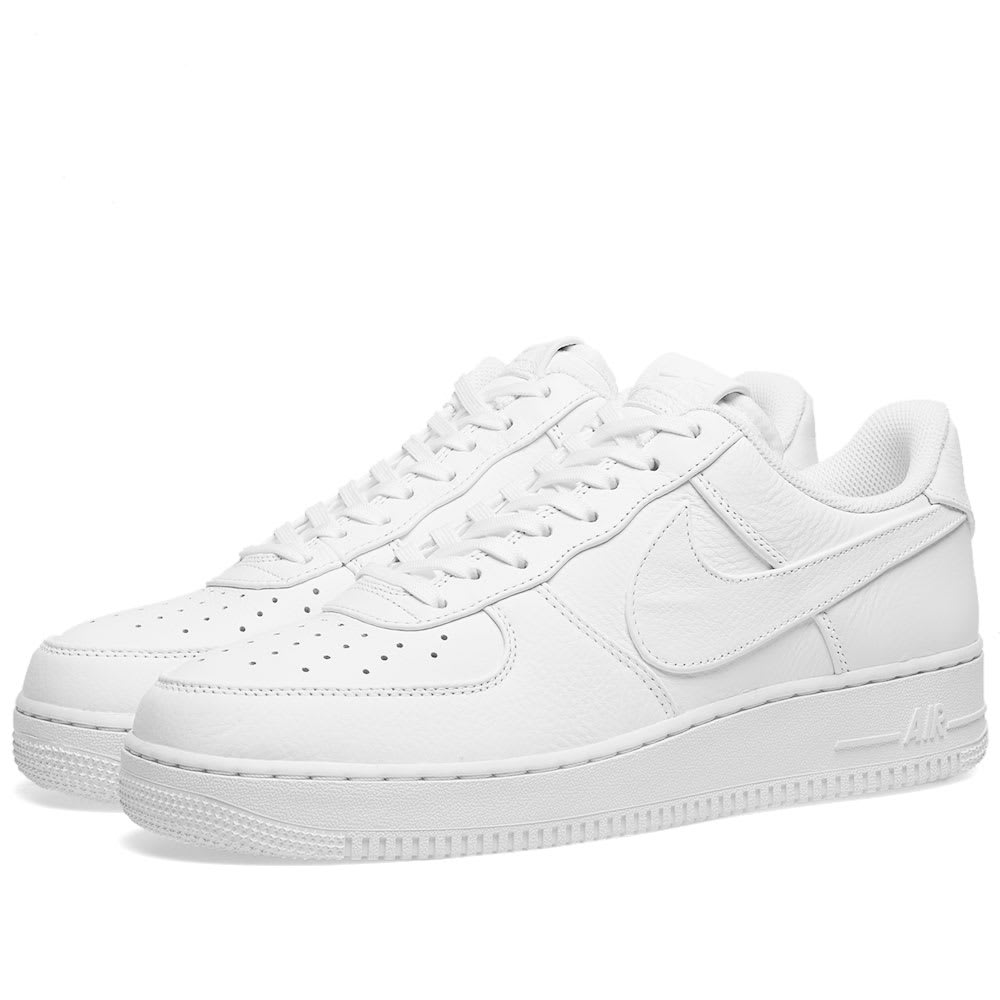 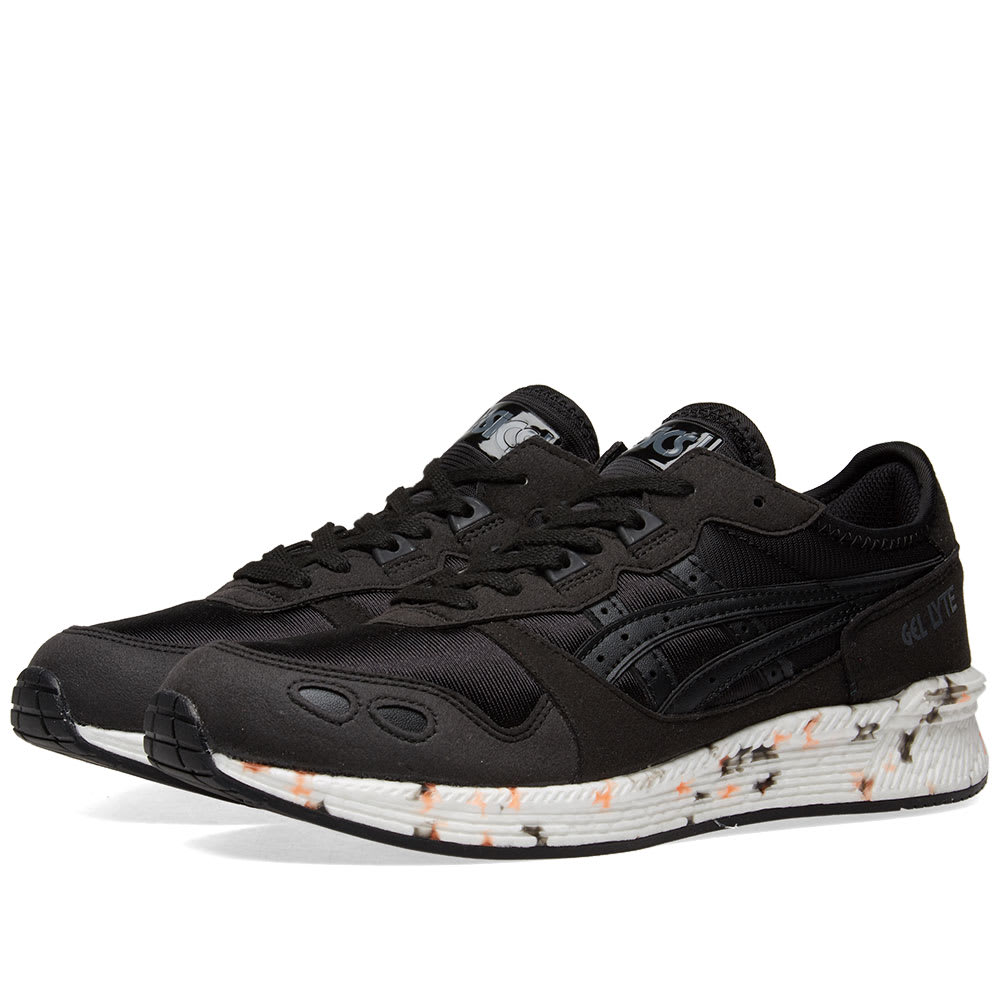 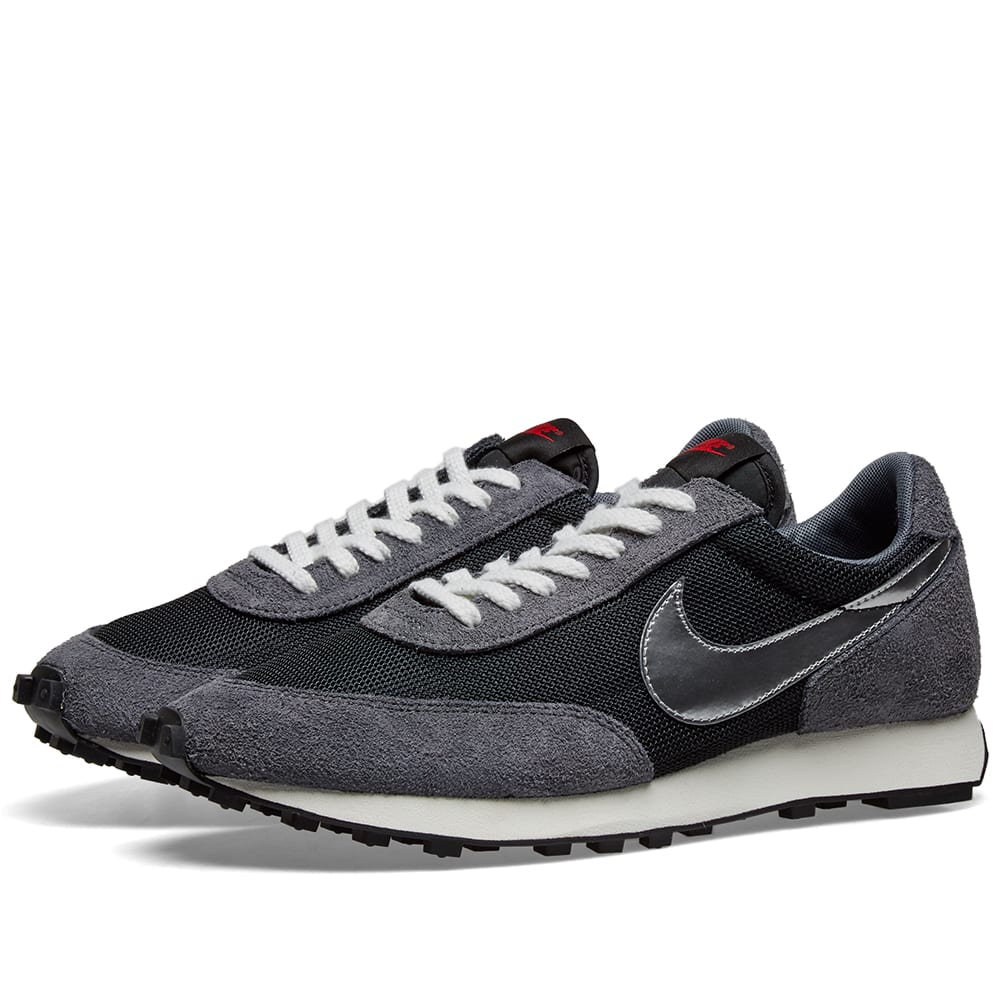