Ahead of his next drop with adidas, we catch up with creative multi-hyphenate and revered streetwear legend, Jonah Hill, to talk Samba, giving back to the cultures that raised you, and the surreal feeling of life as a meme.

Can't lie, this is a bit surreal

It's surreal for you!?

We're stoked for it

Thanks for taking the time!

I'm stoked, too - thank you for taking the time!

Where are you right now?

At home in California

Nice to meet you!

Too many great films

Someone tell the Oscars haha

We're about to go do another film together, gonna be fun to get back to work

Excited to see - has it been weird this year not being able to do as much? I guess big Hollywood productions have been pretty much shut down?

I think this year has been weird in so many ways for everyone. Hollywood shit being the least important

But I think there's always good to come from bad and lessons to be learned, so I'm trying to see the lessons

Are you guys locked down over there?

Yeah keeping it quarantined over here, but I get to surf so that's ill

And definitely hyped this adidas stuff is coming out

Us too - let's talk Samba

That's my favourite shoe of all time

How have you found the experience of collaborating with The Three Stripes this time around?

They had their 50th anniversary for Superstar which was so cool to do, but this is the ground up where I chose what the shoes and all the pieces would be

I think it reflects my personal aesthetic. I'm grateful adidas let me have a platform to put it out on and with a brand I respect so much

And that's no bullshit

It's cool to see some apparel in the mix this time

You directed the 'Change is a Team Sport' campaign for the Superstar anniversary when your iteration of the shoe came out earlier this year:

What was it like working with such a diverse cast of talent?

It was so cool

Every member of the cast was so talented and unique and interesting. I love working with adidas for a lot of reasons, but mainly because they really choose their talent from all across the board

And they were all so down to get creative

They were all amazing and it was cool to bring my filmmaking crew into that environment and vice versa. Everyone got to have a cool experience

You're a big adidas fan - what made them feel like the right fit for turning your hand to the sneaker/streetwear space versus some of the other big brands?

I am genuinely an adidas fan, but they made the decision for me. I was about to start my own company and they approached me to take that off the table for a couple years and I said yes

It's been rad, I'm lucky

It's always interesting to hear how these things manifest behind the scenes.

So we'll maybe see a Jonah H brand in days to come?

I think being a nice person and nice style and aesthetics aren't mutually exclusive. That's how I'm approaching film and fashion - with those ethics

That's a cool outlook, I like that a lot

It's nice to wear shit you can feel good about

Yeah I think Noah does that really well

When I was coming up all the cool places were dicks when you walked into the store. Being cool meant not caring and being over everything and that fucked up my perception for a while in fashion, skating, movies, whatever...

When I met Lev and the Palace guys and they were so nice and cool, it was a big turning point for me personally

For sure, I think a lot of people have had similar experiences. It seems like things are moving in a much more inclusive direction in the streetwear space now which is good to see

Let's talk Jonah Hill the style god. Your streetwear is lauded on the blogs, what streetwear brands have you been fw lately?

Honestly since I got my clothes a couple weeks ago from adidas, I've been rocking those a lot lol

I surf and I think surf is a lane that is going to have a lot of great clothing artists emerge similar to skating. Surf has been stuck in an aesthetic that's getting broken apart in a cool way

This is my new surfboard I set up the other day

I've been big into Noon Goons the past while

Yeah that stuff is dope

I like Wacko Maria and 45 RPM a lot too

There's a London streetwear brand called Assid - they do cool graphics. Feels like old school streetwear and the lookbooks are always sick haha

I'll have to check them out

Give Kyle Miller Yoga a shout out!

I didn't realise Beanie Feldstein was your sister until recently

Booksmart - what a film!

My other sister Dana took the photo, but yeah Bean is my sister. She's the coolest person on the planet

She's brilliant and a good person which is the most important

Family parties must be a lot of fun

They are - my whole family is very funny and warm and inviting. Life is hard and families are hard and we are a close bunch through thick and thin. You just gotta laugh man

It's all so absurd

I need some good music, you got anything?

Man, me and the team have been rinsing the new SALEM album

Hectic, but I'm into it.

What have you been listening to?

Do you have a preference?

Green is my favourite color, especially that British racing green so I'm partial

But the burgundy is pretty dope

I think I was so specific with what I wanted. The design team was a blast. They got the deep rich color aspect and the monochromatic style of it, with really tiny pops here and there

I really like monochromatic, especially in deep rich colors

They'd be excited to work with someone who's got a genuine passion for the product and a vision for it. It makes all the difference when it's something authentic versus just another endorsement type thing...

I approach anything creative with openness and a deep appreciation that my job is to be creative. The design team at adidas was filled with so many talented people, I just brought my specific point of view and tried to shine love on the people I worked with

Make sure they know they're safe and free and appreciated

It was a great collaboration

That's something that seems as though it's always been important to you, right? Being a big advocate for teamwork and respect and using your platform for change, both in the movie industry and the world at large

Why has that always been important to you?

It wasn't always something that mattered to me

Honestly. when I was young I was so driven and self-focussed and career-focussed I didn't realise I wasn't giving to anyone. I looked around at 30 and hit the brakes to make Mid90s and become the filmmaker and artist I always said I would be

Once I did that, I realized I gotta be helping other people do that too

It aint all about me lol

Now I know you've got to give it away to keep it and I look around now and feel good because I want other people to get to share their stories, whether that's filmmakers or my class with the adidas SEED programme

And I'm not saying this to be like 'look at me,' helping makes you feel good and success without that doesn't feel good to me. I was always pegged as different and whenever I try something that isn't in my box, people doubt it. So I like the feeling of being told to stay in my lane and then not. If you told someone 15 years ago that guy in Superbad will be a fashion designer you'd laugh

But I believe in believing in yourself, so I try to shine that belief on the next group younger than me

Time for a big question:

What are you more proud of, your Oscar nomination or replacing Samuel L Jackson as the actor who has sworn the most on film?

While I appreciate them both, my pride or self esteem doesn't come from the results they come from the process. The process and being a good dude is the reward

That being said, ever being mentioned in the same sentence as Samuel L Jackson is fucking badass

His performance in Jackie Brown is the illest

Hahaha - that movie was the best experience

Leo: did you know I'm the actor who has sworn the second most on film ever?

Leo is the best. Not just the best actor, but truly a great person and friend. Guy has always been there for me

He scared the shit out of me

You can tell haha

And genuinely cares about fucked up shit in the world. He doesn't have to do all he does and he chooses to. That's why I admire him most

We get to play rivals in this next film I was telling you about, so that will be fun to go at each other

Hahaha - the only one that accurately represents my personal sense of humor is the one where Emma Stone says she wants to dance with me at the Oscars and I'm like:

I love her, she's one of my closest friends in the movie industry. She's a real one, Em

I also think the dropping coffee thing was mad funny

There were Halloween costumes of it wtf! The internet is so weird

Hahaha these are too good

Also this is everyone else in my office right now:

(You can say me for that flawless Django meme)

Haha man hard question, they're all so brilliant!

Joaquin is so funny too - and brilliant

I've been lucky, there have been a lot

Greatest adidas collab of all time?

It's gotta be the Neighborhood Samba

Shit I gotta jump I'm late for a meeting

Thanks for having me. Lots of love to you and yours and sorry to rush off, I'm being rude to my team!

Been a pleasure - peace! 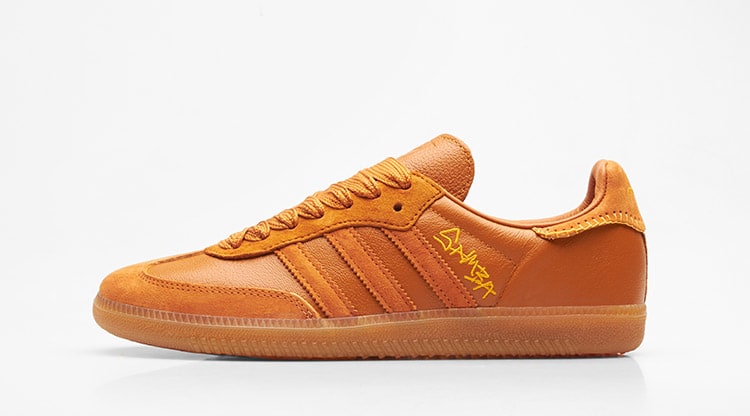 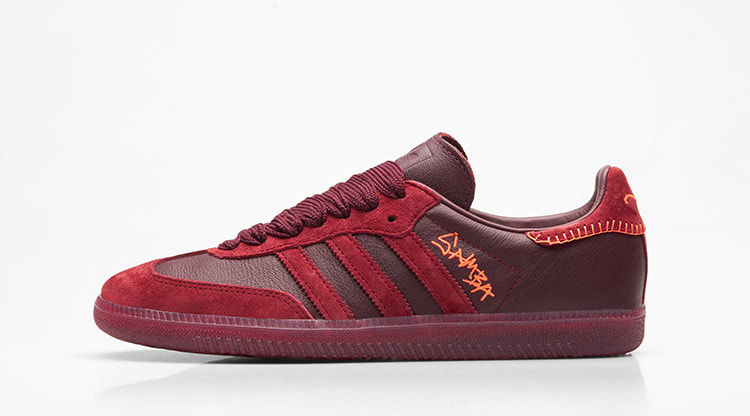 This content is exclusively available on the mobile/desktop site.

Nike & UNDEFEATED Ring The Bell on the Third "Dunk vs. AF1" Bout

Larry & Jimmy Have Themselves A Day

From City to Country with adidas & Sean Wotherspoon's Superturf Adventure